Sabrage a bottle of champagne

Opening a champagne bottle by sabre is a spectacular event. Sabring means cutting the top off the bottle with a sabre, a heavy one-edged sword, a tradition which started in the time of Napoleon.

Napoleon (1769-1821) was a small man, but a huge champagne lover. Before entering the battlefield with his army, he first acquired large quantities of champagne in the Champagne region. In 1812, Napoleon and a Grand Armée of 650,000 left for Russia. In Smolensk, a huge fight erupted between the French army and the Russian Cossacks. According to legend, it was here that the first bottle of champagne was opened by sabre!

Curious to sabre, or would you like to give this unique experience as a gift? You’ll receive expert advice about how you sabre the bottle safely. Then the process is explained in steps. After performing the ‘sabrage’, the ‘sabreur’ receives a certificate and is able to enjoy the delicious champagne! 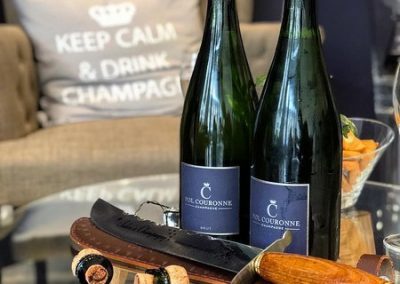 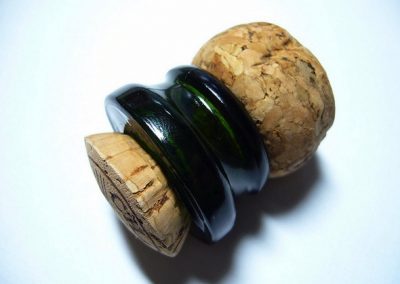 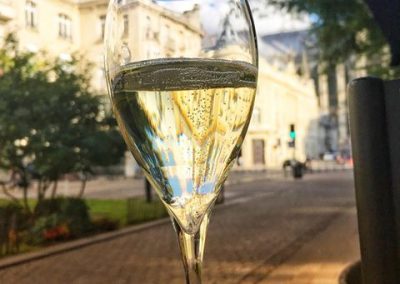 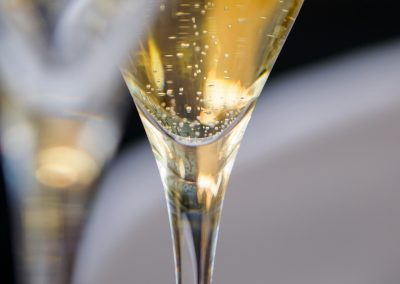 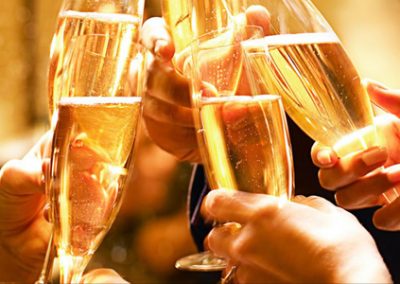 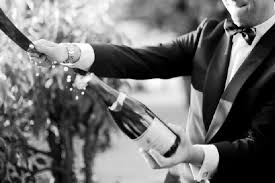 Off with its head!

Before you sabre, you receive clear instructions on how it works. Safety is paramount, so this is an essential step. When you’re ready, the spectacle begins and you ‘take the head off’! In fact, you cut the collar of the bottle together with the champagne cork.

Afterwards you receive a certificate as a ‘sabreur’. Which, together with the photos, provides a great memento of your ‘sabrage’!

Now the bottle is open, the champagne can be consumed. This is an important reason why it’s so important not to lose too much champagne during the sabre process. Sabring the bottle together with drinking the champagne takes about a half hour to an hour.

Would you like to taste other champagnes of this champagne house? We can arrange a beautiful champagne tasting afterwards. You can opt to taste either 2 or 3 champagnes.
[/learn_more]

A number of extra options can be booked. Do you have specific wishes? Feel free contact to contact us!