The windows of the notre dame

The Notre Dame of Reims is magnificent. Not only because of its splendid gothic construction: its windows are also wondrous. But just like the cathedral itself, the windows haven’t survived all these centuries undamaged.

War and devastation
In every war, art is often the first to suffer. This is certainly the case for the cathedral in Reims. It has survived numerous wars which have caused significant damage. The cathedral was built in the 12th century and was in the firing line through the French Revolution, World War One and World War Two. Much of the church was damaged or destroyed, so many sections had to be later restored or even reconstructed. But in a sense, this adds something to the building; the cathedral has been witness to a long period of history. 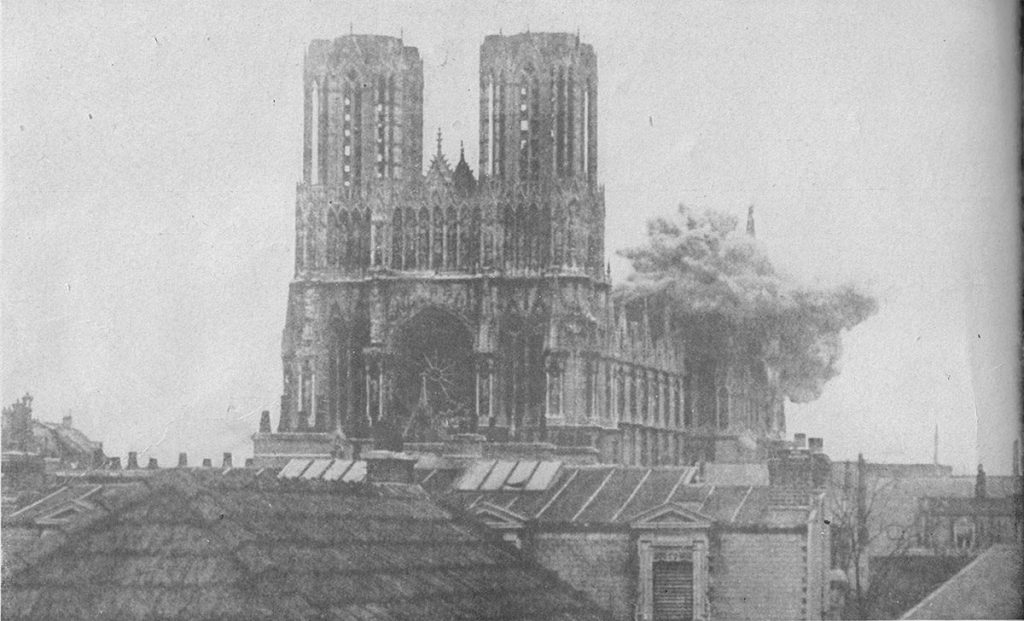 During the First World War, Reims and its Notre Dame were bombarded by German grenades. Together with the church, much of its stained-glass was totally destroyed. After the end of the First World War, in the 1930’s, the cathedral was rebuilt. The small rosette in the centre portal of the western façade was installed. And the windows in the side portals and the rosette in the southern lateral aisle were reconstructed in accordance with traditional methods. 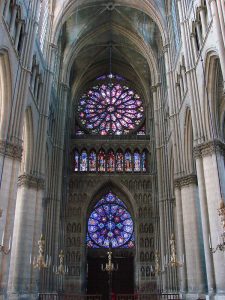 Daring new styles
Slowly, a new approach to reconstruction arose. They realised that the destroyed windows didn’t necessarily have to be reconstructed according to the traditional methods, but that there was room for something new. In the 50s, 60s and 70s new windows came, including the ‘champagne window’. In 1971, the famous painter Marc Chagall was commissioned to design 3 windows in the central choir chapel at the back of the cathedral. The 3 windows, ‘Jesse’s tree’, ‘the two testaments’ and ‘the grand moments of Reims’ were unveiled in 1974 and were received positively. These artworks in the central chapel have grown to be the most famous windows in the church and an excellent example of 20th century art.

For the occasion of the 800th anniversary of the cathedral at the start of the 21st century, something wonderful happened. As a gesture of reconciliation after the destruction of the church a century earlier, in 2011 and 2015 German artist Imi Knoebel designed a number of abstract windows for the cathedral. The artist refused payment for the windows designed in 2015, and the windows were installed at the expense of the Germany Department of Foreign Affairs. The abstract windows are located on both sides of the ‘Chagall chapel’, creating a spectacular, colourful effect.

There’s no doubt about it, Reims’ Notre Dame has had a special history. It has endured its share of damage and disaster, but remains an enormous asset for its city. Visiting the cathedral is an essential element of many of our Champagne trips!

DO NOT MISS OUR BLOGS ..